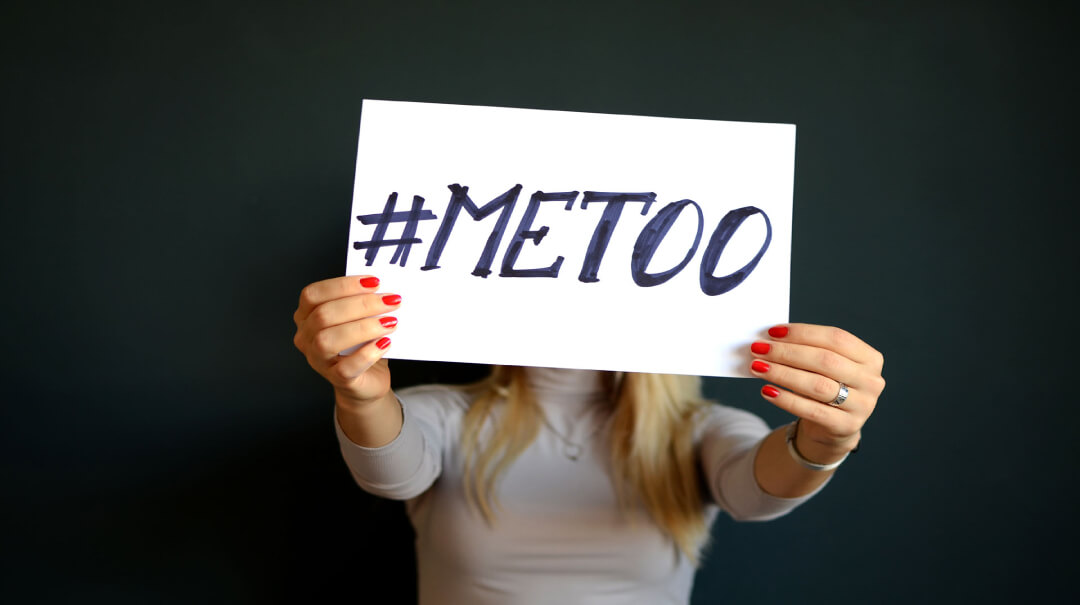 Me Too: a culture of silence

This past month women have been raising their voices, telling their stories and healing relationship systems that have long tolerated sexual harassment. Women in my generation often have a “Me Too” story, or at the very least, know of someone who does. Daily, it seems, these women are coming forward and shining a bright light on a significant factor that impacts career success for women. Some people are critical of these stories, wondering “why now,” but I see the telling as a powerful affirmation that women are rejecting the role of victim. “In fact, recognizing our impotence is the first step in finding our power” according to Psychology Today. While I have my own stories, what has given me pause, is my hesitation to share them. In part, one has to consider the world we grew up in, and then passed on to our daughters. Girl’s in my generation were raised by women who lived in a world that did not honor their voice. They learned through experience and observation, that careers and lives could be ruined by voicing their concerns. These women taught us an unspoken code of silence as we learned to dance nimbly around unwanted advances, ways to avoid notice, and how to sweep the unspeakable under the rug. We learned that speaking-out can cast a long and dark shadow, not on the perpetrator, but on us.

The provocative question: why does this persist?
At first glance, my own lack of response to the “Me Too” movement, felt complex, and I rationalized it was a bit personality, part generational, and to some degree old news. But there was also this nagging sense that my reluctance was rooted in my own “code of silence.” My stories, I suspect are all too common, and of less significance to me then the reasons for adherence to the code. As I sought to answer the question, why does this persist in the American workplace, I discovered that women react similarly to those who have been bullied, or otherwise harassed. Some of the reasons that people stay silent, they:

• stay silent while they try to figure out what to do.
• are ashamed and embarrassed
• feel powerless or weak
• fear retaliation
• would rather weather the storm than have the situation escalate
• want or need acceptance from the victimizer
• are worried no one will believe them
• don’t want to be known as a complainer or snitch
• feel they are somehow at fault, or deserve it

Cultures of Silence
Families and organizations that operate with a secret agreement to keep silent about an occurrence, situation, or subject and especially in order to promote or protect selfish interests, are operating within a Culture of Silence. Our secret agreements are inherent and deeply woven into the fabric of America’s Patriarchal way of operating. In Raine Eisler’s book, The Power of Partnerships, she describes two very different relationship models, the Domination Model and the Partnership Model.

Domination Model
The Domination Model, is hierarchical in its simplest form, or takes the form of a triangle, meaning someone is on the top and someone is on the bottom. According to Eisler, the top controls the bottom, and the bottom takes orders without question and are socialized through guilt, fear, and force. The world is divided-up by two groups, in-groups and out-groups, which inherently operate as a competitive system where the in-group fights to remain in power.

Partnership Model
A Partnership Model, “supports mutually respectful and caring relationships,” and takes the form of a circle. Without the need to maintain rank and control, there is not a “built in need for abuse and violence.” Power is exercised in ways that empowers rather than disempowers people.

The way our society operates, and organizations within it, has deep roots in a history that required authoritarian models to ensure safety. Today that old way of operating is fraying at the edges, and we are experiencing some of the chaos that comes from letting go of the Domination Model while in transition to a Partnership Model. Because systems naturally seek to maintain equilibrium, we all have an active role to play in evolving to a new way of operating. This should not be looked at as a battle of the sexes, but an awareness that an antiquated system is putting us all on notice that something new is trying to emerge.

Evolving Beyond Cultures of Silence
Those who avoid speaking up do so because they perceive it isn’t safe. To evolve beyond Cultures of Silence, we must become practiced at cultivating respect, caring & connection, valuing other’s perspectives, genuine curiosity, commitment, collaboration, and fun. Women must not allow themselves to be victims, nor do we need to be conquerors. Evolving beyond the Domination Model will require that we become observers of our own behavior and change agents within the systems we operate within. As a systems worker by trade, becoming aware of the system is a necessary step toward intentional evolution.

For thousands of years, men have been in positions of power and authority over women. This is not going to change overnight. Today, in American organizations and political systems the faces at the top are still disproportionately male. For men and women to move past the awkward dance, it will take a concerted effort to engage in real dialogue. There are endless opportunities for teams and workmates to change the conversation, and to practice new behaviors that advocate for a Partnership Model. Cultures of Silence go beyond gender bias, wage inequality, or sexual innuendo and harassment. A shift will require that we change the way we interact with each other. It is long past time for new agreements to be made in the workplace, agreements that propel us toward a higher level of transparency and accountability. My dream is that our future stories will not be born out of shame and fear, but rather rise-up from a sense of pride in our collective humanity. Someday, I hope that “Me Too,” becomes an affirmation used to describe being a valued member of a coactive group, or team. The time has come for us to work together to create that new reality.

Topics from this blog: