The holidays are often a time of close family, good food, and abnormally large heaps of stress.  Not only must today’s celebrants surmount traditional challenges like main dishes,  place settings, and uncle Herman’s penchant for off-color knock-knock jokes, but many are strapped by financial burdens, extended unemployment, and increasing depression.

The worry that leads to stress is an evolved form of fear, taking natural concerns and pumping them up with human imagination. While a mouse knows to retreat when it stumbles upon a sunning snake, a human can sit and stare at the ceiling all night, consumed with the very idea of snakes: all the nooks in which they can hide, the potential anatomical recipients of fangs, the effects of poison hitting the blood stream, etc.  So worry isn’t necessarily a bad thing: snakes are bad news.

Left unchecked, however, worry ceases to be an evolutionary advantage, and becomes a destructive thought process which can taint perspective, poison confidence, and devastate relationships. Evidence has been found that shows that the more a person “stresses out”, the more likely they will be to “stress out” in the future. The physical route along which information travels in the brain influences our interpretation of that information. Once the brain is accustomed to sending information along an inner “stress highway”, the more likely it will be to detour other information along this route. Suddenly people find themselves reacting to an empty bottle of milk with the same magnitude as say…an approaching cobra.

But a psychiatrist at UCLA has shown that the human brain is actually able to re-wire itself.  Between the prefrontal cortex  and an area at the junction of the thinking and emotional areas of the brain, there is a brain pathway sometimes referred to as the “worry circuit”. Like any brain pathway, the worry circuit becomes larger and faster when used repeatedly. For example, sufferers of Obsessive Compulsive Disorder (OCD) typically possess a robust stress track due to repeated rumination over the same thoughts. However, research shows that after just ten weeks of retraining, OCD patients start to form a new track that redirects mental traffic away from the worry circuit and toward what some call the “therapy circuit”. By choosing to focus on new thoughts, a new brain pathway is created.

Here are some more tips on stress management from the Mayo Clinic.

In the meantime, we have assembled a few quick ideas to help you battle everyday stress inducers. Below are 6 steps to help you unwind:

Unload: We often get so hung up on how we are going to juggle the myriad of tasks, obligations and challenges that cause our stress, we loose sight of our ability to simply hand them off to someone else. This means, most importantly, learning how to say no.  The ability to say yes to some things, and delegate others is one of the greatest steps in overcoming unnecessary stress and avoiding needless worry.

New Activity: Idle hands are stress’ playground, and nothing escalates stress like sitting around and mulling over your worries. Get up and get out.  Throw yourself into a new sport or physical activity. Exercise is arguably the single most effective combatant to stress and general malaise.  Immersing yourself in a home project or learning a new language are activities that can flex the mind as well.

Will a Change: This could also be called: fake it ’til you make it. The mind and body are inextricably linked.  If you want your general outlook to improve, start with your posture. Sit up straight, stand tall, speak to others with a smile and a confident tone of voice.  Believe it or not, the sooner you start acting like you’re feeling better, the sooner you will actually begin to feel better.

Identify the Cause: It’s hard fix a tire if you don’t know where the leak is. Stress has a (not so) funny way of expanding exponentially and contaminating every thought, impression, and idea we have.  Mole hills become mountains very quickly, and we soon entertain thoughts of hopelessness, powerlessness, and futility.  Name the biggest threat to your mental well-being and let your mental mountain range shrink back down to manageable size.

Nutrition: Some foods are simply built to make you feel better: fruits like cherries, blueberries, raspberries, and strawberries naturally lift your spirits. Herbs like ginkgo biloba and ginseng are also known for their soothing qualities. It is also important to avoid stress inducers like sugary snacks and drinks, caffeine, alcohol, and nicotine.  If you eat well and drink plenty of water (and the occasional chamomile tea), your body will soon be your greatest ally in the battle against stress.

Decompress: Take active, deliberate steps to relax. Yoga and meditation are proven ways to help control your inner-worrier, but you don’t have to be a yogi to take a minute, close your eyes, and focus on taking deep, soothing breaths. Also, learn techniques to help you sleep at night. Stress is one of the biggest causes of insomnia, and interestingly enough, lack of sleep is one of the greatest components to being unable to deal with stress.  The ability to calm yourself and block out invasive thoughts is key in the battle against stress, whether it be for a minute during the heat of battle, or for extended hours at the end of the day. 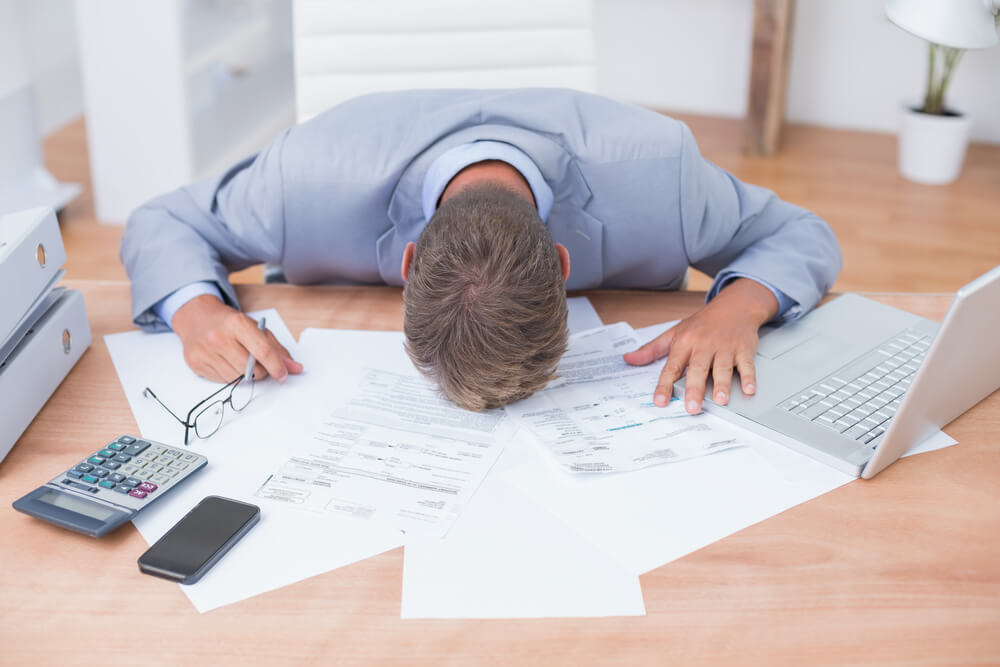